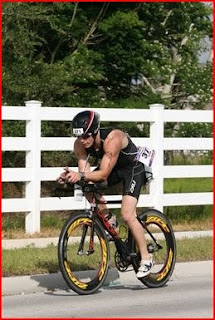 2009 Triathlon Season
About Me:

Growing up in Bedford, New York., I went to Fox Lane High School where I was a three sport athlete.  I quarterbacked the football team, was the captain of the wrestling team, and goalie for the lacrosse team.  It was in these three arenas (especially wrestling) that I learned that hardwork and sacrifice aren't just ideas, they are a way of life.  After high school, I decided to walk-on as a goalie for the Division I Seawolves, and made the team.  I played all four years of college and my senior year I was a Senior Scholar Athlete Award Winner.  Since graduation, I have devoted my life to the pursuit of education in medicine and coaching.